Somewhere on Earth, every 20 minutes, one animal species dies out. At this rate, we will lose 50% of all species by the end of the century. Time is running out to turn the tide.

There is a holocaust happening. Right now. And it’s not confined to one nation or even one region. It is a global crisis. 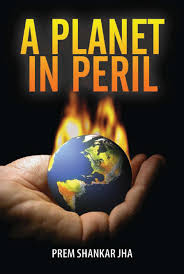 Every 20 minutes we lose an animal species. If this rate continues, by century’s end, 50% of all living species will be gone. It is a phenomenon known as the sixth extinction. The fifth extinction took place 65 million years ago when a meteor smashed into the Earth, killing off the dinosaurs and many other species and opening the door for the rise of mammals. Currently, the sixth extinction is on track to dwarf the fifth.

What — or more correctly — who is to blame this time? As Pogo said, “We have met the enemy, and he is us.”

The causes of this mass die-off are many: overpopulation, loss of habitat, global warming, species exploitation (the black market for rare animal parts is the third-largest illegal trade in the world, outranked only by weapons and drugs). The list goes on, but it all points to us.

Over the last 15 years, in the course of producing television documentaries and writing about wildlife, I have traveled the globe, and I have witnessed the grim carnage firsthand. I’ve observed the same story playing out in different locales.

In South Africa, off the coast of Cape Horn, lives one of the most feared predators of all — the great white shark. Yet this awesome creature is powerless before the mindless killing spree that is decimating its species at the jaw-dropping rate of 100 million sharks a year. Many are captured so that their dorsal fins can be chopped off (for shark fin soup). Then, still alive, they are dropped back into the sea, where they die a slow and painful death.

Further east, in Indonesia, I witnessed the mass destruction of rain forests to make way for palm oil plantations. Indonesia is now the world’s leading producer of palm oil — a product used in many packaged foods and cosmetic goods — and the victims are the Sumatran elephant and orangutan. These beautiful creatures are on the brink of extinction as their habitats go up in smoke, further warming our planet in the process.

This entry was posted in Uncategorized. Bookmark the permalink.

Manage Cookie Consent
To provide the best experiences, we use technologies like cookies to store and/or access device information. Consenting to these technologies will allow us to process data such as browsing behavior or unique IDs on this site. Not consenting or withdrawing consent, may adversely affect certain features and functions.
Manage options Manage services Manage vendors Read more about these purposes
View preferences
{title} {title} {title}